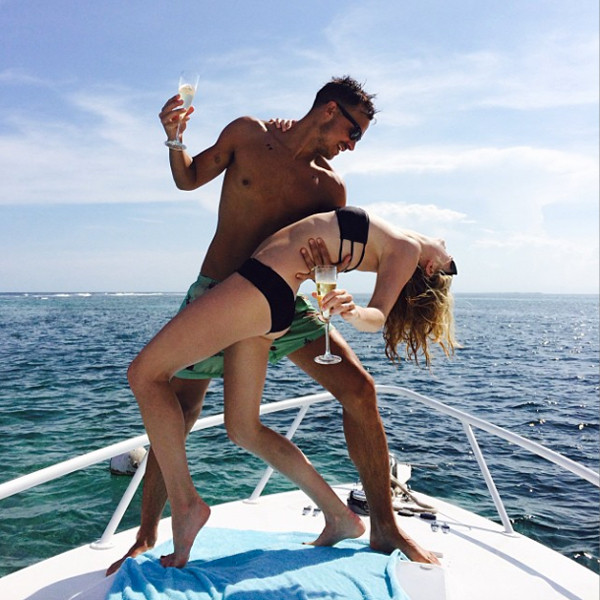 Candice Accola and Joe King are still reeling from their romantic honeymoon in Belize.

The Vampire Diaries actress and The Fray rocker have been sharing plenty of snapshots and giving fans a glimpse inside their tropical trip on their Instagrams—making us all green with envy!

In one series of pics, the musician is seen dancing with his bride on a boat while each balance a glass of champagne. Now that’s the life…

He quoted a Weezer song as the caption for the cute photo and posted another shot of them jumping into the ocean together while holding hands. 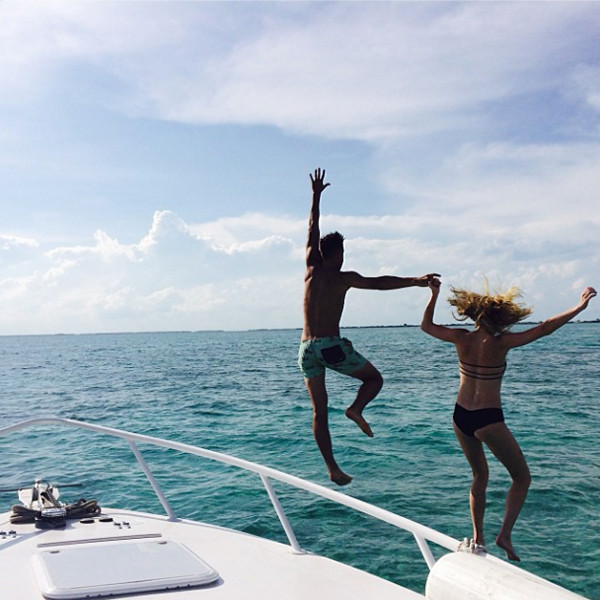 He also shared an image of Accola looking out from their hotel room and wrote, “This night was majestic.”

The two tied the knot last weekend in a star-studded, lavish ceremony in New Orleans at the Montegut House.

Ian Somerhalder, however, was unable to share the special moment in person as he was in Atlanta filming. 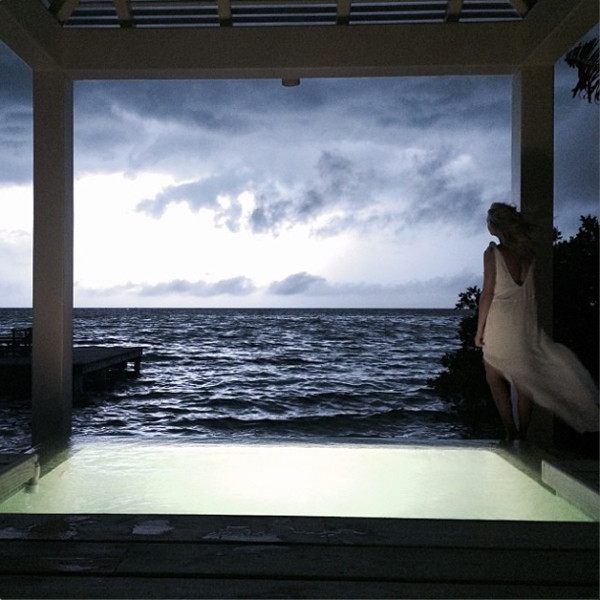 He sent the following message to the lovebirds on Instagram:

“Candace and Joe- my brother, my sister. What a magical day this is for both of you. From the eye of the storm I am still with you in spirit.”

He added, “Sending you so much love from my shoot in ATL- i’m working hard & I wish I could be there physically, but we have the rest of our lives to celebrate. I love you guys! So. Much.”

Congratulations to Mr. and Mrs. King!