One of the most popular types of wood used is mahogany, but other woods are used as available as well. Many vendors will set up tables in market places and other public areas to sell their wares. Some wood carvings can be pretty rudimentary, but others can be quite elaborate.

Discover the treasure of Belize at our Macaw Gift Shop or on one of our many inland excursions to the cultural sites of Belize. 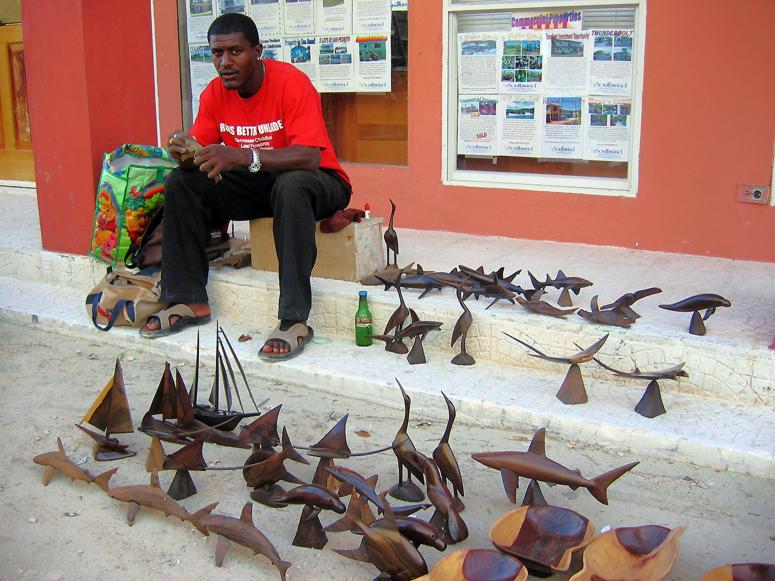 The Jippi Jappa palm grows wild in the rainforest and often in abandoned fields. The shoots and flowers are edible and the young palms can be used as a material to be woven into beautiful baskets. The young palm frond is first stripped of its central core, The Mayan women rip the fresh leaves of the jipijapa plant. Those leaves need to be boiled for about half an hour. Like that the fibres can get the typical beige color and become softer, so it is easier to work with them, Afterwards she put them to dry in the sun for one to two days. If she don’t boil the leaves, and let them just dry, their light green colour changes to a dark brown. 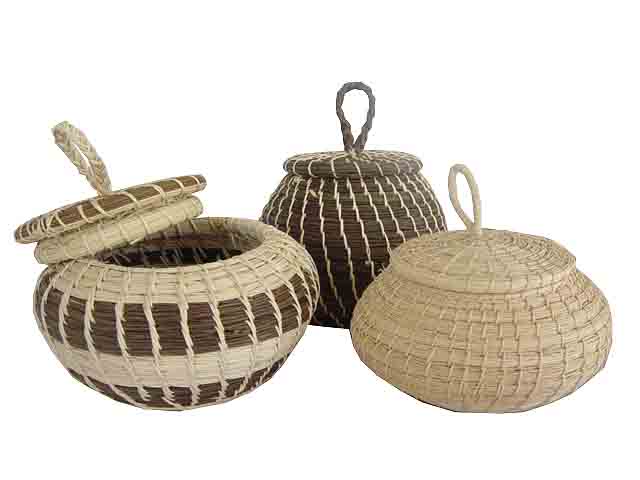 How to make the basket 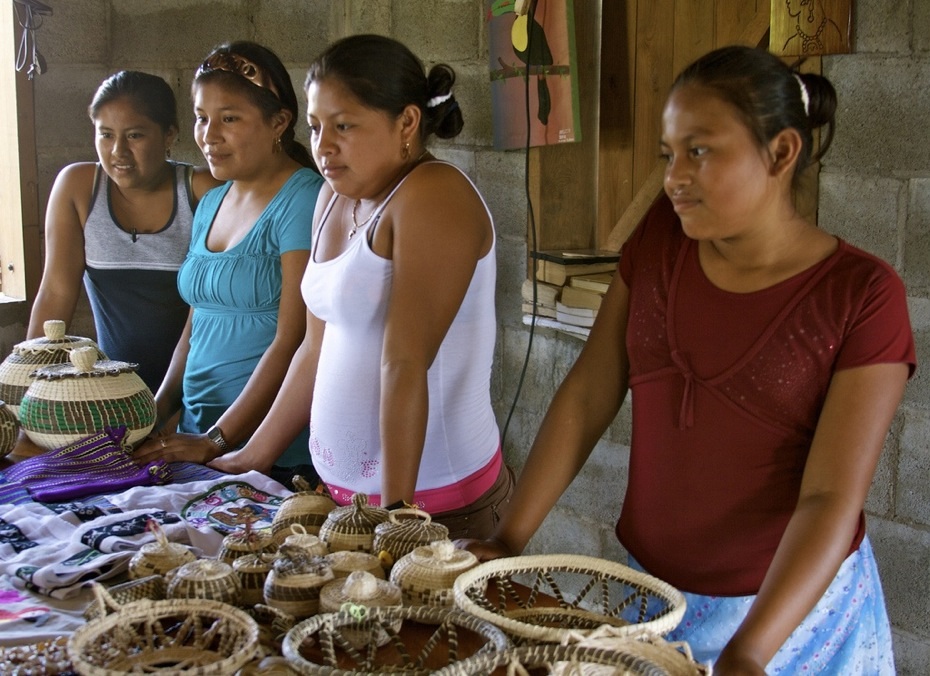 The Mayan women held a bundle of fibers (maybe 6 to 8) tightly together and twisted another around the outside of the bundle. Once she produced a few inches of rope-like covered bundle, She began to start making a tight coil. She then used one line and a needle to sew a loop anchoring the outer coil to the inside every quarter of an inch. She kept repeating the process and adding to the coil until she got the desired shape and size for the bottom of her basket. Then she brought up the edges by tightly sewing the next coils closer together and vertical. She use both, the light and the unboiled dark fibres, to make a design by using the different colours. She made a beautiful basket which was so tightly woven you would think it could hold water. The lid, created separately, matched perfectly the basket, and was snug enough that it wouldn’t fall off when turned upside-down. The weaving process takes about two days for a middle size basket, up to a week for a big one. 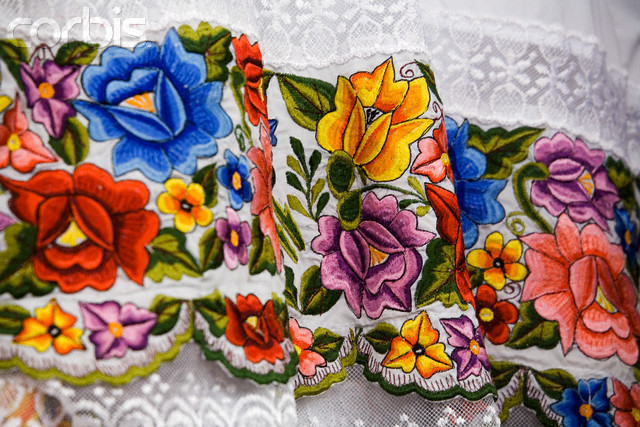 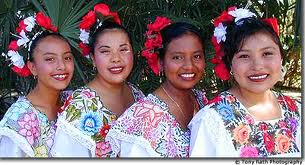 The Mestizo are a people of mixed Spanish and Mayan descent representing roughly 48% of the Belizean population. They originally arrived in Belize in 1847 to escape La Guerra de Castas (the Caste War), when over 70,000 Maya revolted against the 20,000 Spanish throughout Yucatan, annihilating over one-third of the population. The survivors, mostly Mestizo, fled over the border into British territory. Additionally, many refugees of the Caste War eventually reached western Belize by way of Peten, Guatemala, establishing communities in Benque Viejo del Carmen, San Ignacio, and San Jose Succotz. 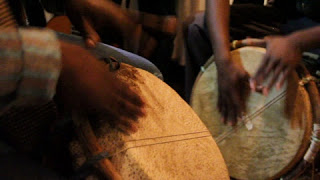 The garifuna drum is a membranophone percussion from the Garifuna culture in Belize, Guatemala and Honduras. The garifuna drums play a very important role in garifuna music. There are two types of drums used, Primero (tenor drum) and Segunda (bass drum). These drums are made of hollowed out hardwood such as mahogany or mayflower, but other woods are also used. This percussion has one drumhead of skin from peccary pig, deer or sheep. The garifuna drums are played by raw hands and are usually performed while seated. 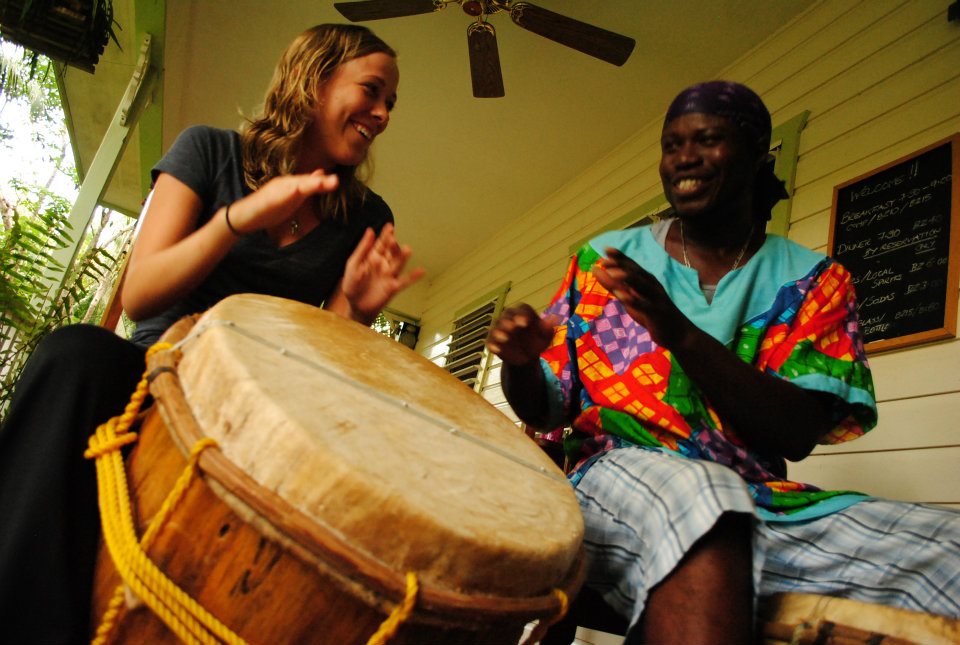 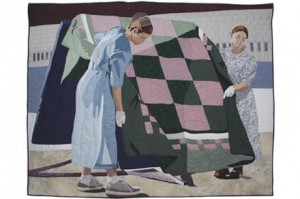 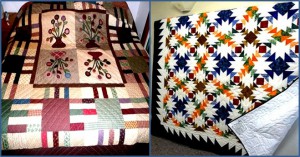 Primarily, they have contributed significantly to agriculture and the economy in general. They assist the commerce, carpentry, engineering and agricultural industries of Belize. They are known to produce milk, cheese, beans, corn, melons, honey, chicken and eggs. They have turned sections of rural Belize into neat, high productive farmland. They are also skilled in manufacturing household furniture as constructing houses. In all districts a variety of elegant crafted and sturdy furniture can be bought. In the beginning they were known to have contributed in two main ways. These were the increase in Belize’s population and the advancement in agriculture.